Climbing by bike among the over one hundred year olds of Serrapetrona. Is water or black Vernaccia their secret?

The hinterland of the Marche reserves emotions and rare things, such as the only D.O.C.G. red sparkling wine in Italy. Evolution is taking place both in wine, with the still and dry Serrapetrona D.O.C., and in hospitality.

When the climb becomes challenging, here comes Manuel. We will call him that, with a fictional name – the real one he told us without knowing that it would end in our article – this young, sunny guy with a step in the leg very different from ours. A step that ends up giving the rhythm to our group: it’s sunset time and we have been in the saddle since eight in the morning, little fuel remains in the body. Manuel climbs without pedal assistance and does it every evening, before dinner, from San Severino Marche to Serrapetrona, partly out of passion and partly to tap into the source of the centenarians. “Up there – says Manuel, pointing up (you go up, damn it! And on the bike you realize it) – there is the secret of long life. Or at least, for those who don’t believe in it, there is good water “.

THE SOURCE OF THE TANNERIES

Every evening, Manuel climbs from San Severino Marche (a small jewel worth visiting) to Serrapetrona by bike – one hour (much less for him), 13 km, 300 meters in altitude – to take two bottles of fresh water. As good strangers, we thought that people went up there for the wine but maybe we were wrong!

The water Manuel tells us about is that of the Fonte delle Conce (or Edicola delle Conce), in English source of the tanneries, which seems to be one of the reasons why it is worth facing the final stretch of an already intense day as a cyclist. On “it’s worth it” we quickly change our minds when a travel companion, a few hundred meters from the finish line – strictly uphill – detaches the gear lever, obviously positioned in the wrong gear for the final tear.

After the curses, the terrible curses and other undocumentable things, we reach the top (Manuel in the meantime is already on the way back) and we try to understand where we have ended up. We are at sunset, or rather at dusk, and the air is both crisp and pure. To be honest, we know little about water because we have focused on wine, with the results which I will tell about later. 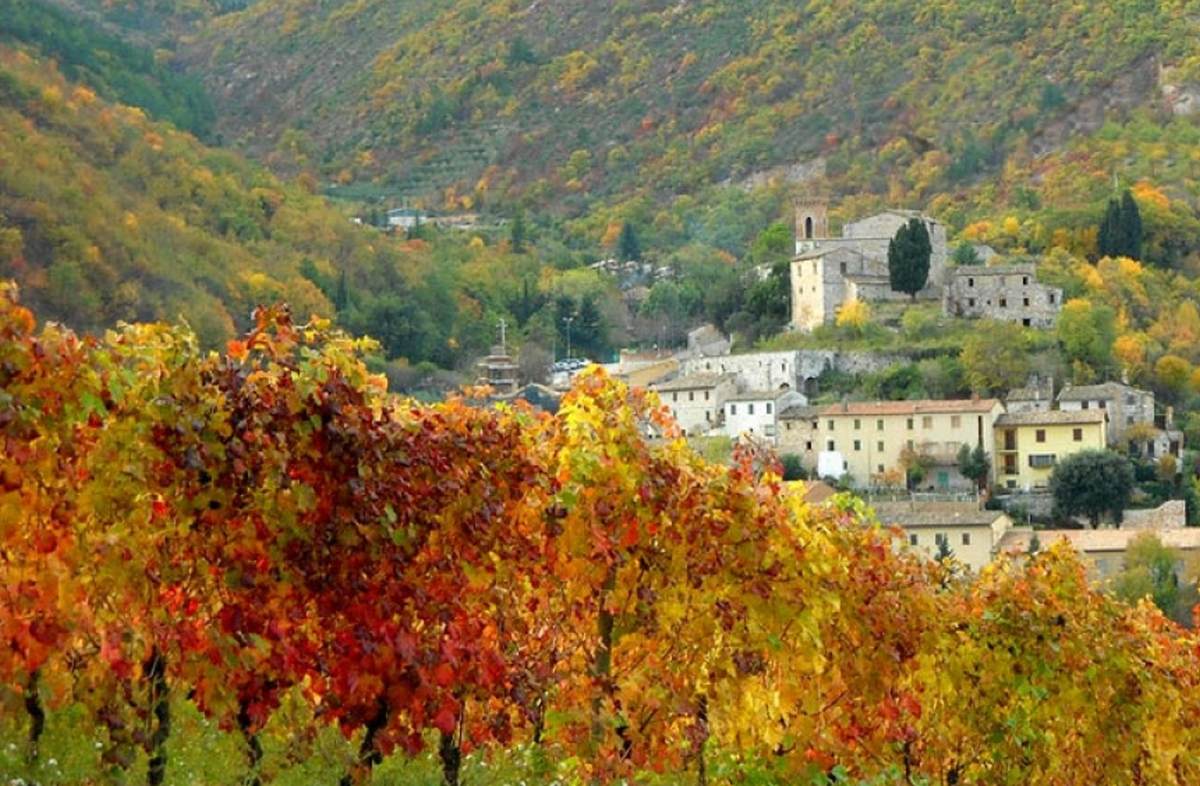 The first impression we have of Serrapetrona is that it is truly a world apart, difficult to reach and all to be enjoyed once “violated”, as if it were an old impregnable fortress. And then about this village with a few souls, 913 according to the latest census (2019), strange legends circulate. Like the one that the percentage of over one hundred year olds exceeds any other municipality in Italy. Could it be true?

Honestly, we have not verified it, but browsing the internet we came across a research commissioned a few years ago by the Marche Region, according to which the males of the regional territory are absolutely the first in Italy for life expectancy and with a fivefold trend. in a few years of over 100. Except that research indicates in wine, and not in water, the secret of longevity.

In Serrapetrona, water has never been lacking – the name Fonte delle Conce confirms this, because to tan the hides you need a lot of water, and good too – but not even wine! Yet, outside the Marche, the knowledge of this territory and its wines is rather limited. 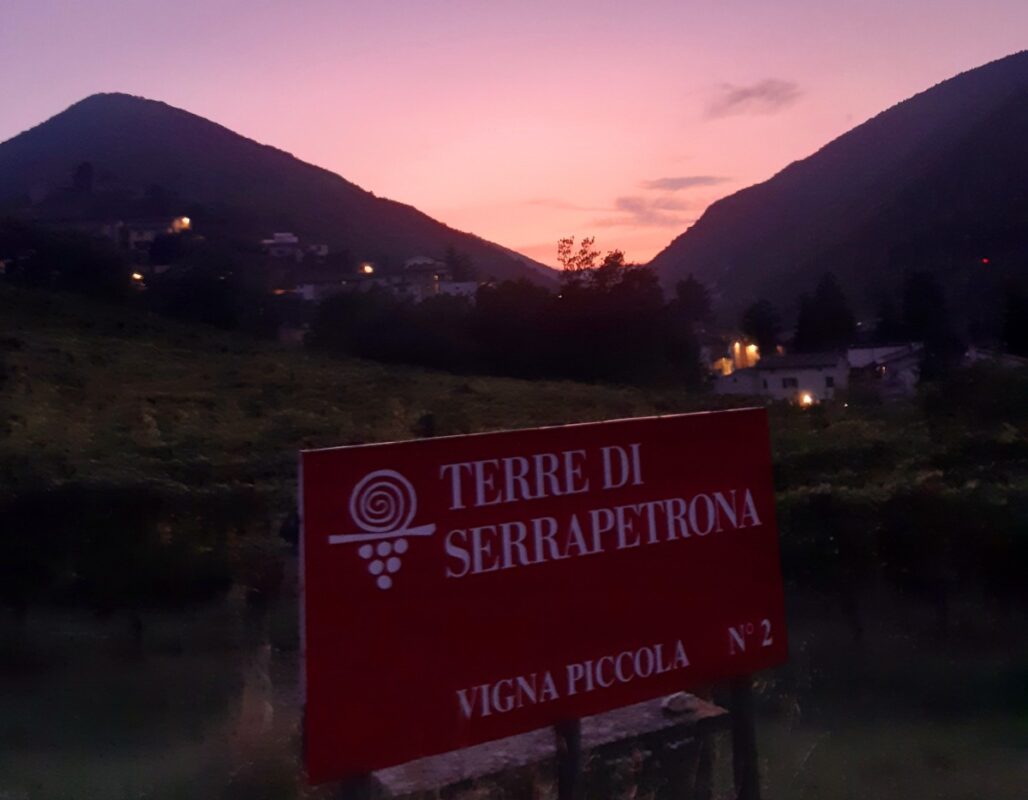 Arrival in Serrapetrona at dusk

THE KINGDOM OF THE BLACK VERNACCIA

The grape variety of reference is Vernaccia Nera, a late native that represented the damnation of winemakers because it was never ready: to avoid throwing away the harvest, they invented drying, and there are those who do it in the special baskets and who hangs the grapes from above (even more suggestive image).

Today the climate has changed but the drying has remained, and represents the trait d’union between Vernaccia di Serrapetrona docg, which is a triple fermentation sparkling wine (the only red docg sparkling wine in Italy!), and Serrapetrona still doc , which is a dry wine, while Vernaccia spumante docg can be both dry and sweet. In short, it is not easy to identify because – here is the other impression that immediately emerges – there is really too much choice, perhaps too much confusion for such a small area, where a handful of producers operate.

Furthermore, to sell black Vernaccia sparkling wine, it never took a long way to go… The Marche was enough to place it all. Because there is very little of it, there is talk of 66 hectares in the DOCG, and more than half belongs to a single company: Alberto Quacquarini. Which, moreover, has long ago chosen the path of diversification and with excellent results: today wine is accompanied (and is a complementary relationship) with the production of baked and recurring desserts, not to mention biscuits and nougat covered with chocolate, which are just some of the delights we tried during our visit to the company. The iconic product? Panettone, naturally prepared with Vernaccia.

But the future of Serrapetrona cannot be only Vernaccia docg. Which is certainly part of the history of the territory, but today it is not rewarding and an average consumer is probably not able, at the first taste, to attribute to it the price it deserves for all the work that is at the base of this red sparkling wine: cultivation at high altitude, triple fermentation, drying … the reference price is in line with that of a classic method, and for a “red bubble” it is not easy to get out at certain levels.

And here the producers have now moved, at least in part, towards the Serrapetrona doc obtaining particularly interesting results. This is the case of Fontezoppa, a Civitanova Marche’s company owned by the Luzi family, those of Naturino shoes, whose still wines based on black Vernaccia are marking a change of pace for the territory: it applies to Pepato, on sale at 13 euros on the company store, for the Cascià passito (21 euros) and even more so for the precious Morò (43 euros), in our opinion the best expression achieved so far by the territory. Until now. Because it is evident that in Serrapetrona there is so much room for improvement and there is a feature that few other areas can boast: the uniqueness, true, not built at a table but belonging to the history of this village. Where you can arrive comfortably by car, of course … by bike is a whole different story. As our friend Manuel teaches.

Terre di Serrapetrona, a company that has about twenty hectares of vineyards and is one of the reference points for the denomination with Alberto Quacquarini, has created a farmhouse with four standard rooms with private bathrooms. All rooms enjoy a wonderful panoramic view. The rich traditional breakfast is included in the price. The dinner solution in the La Locanda dell’Infinito restaurant is also excellent. The company also organizes tastings by reservation for groups of wine tourists and intends, for the future, to enhance the activity related to hospitality, also to compensate for the lack of facilities in the area. 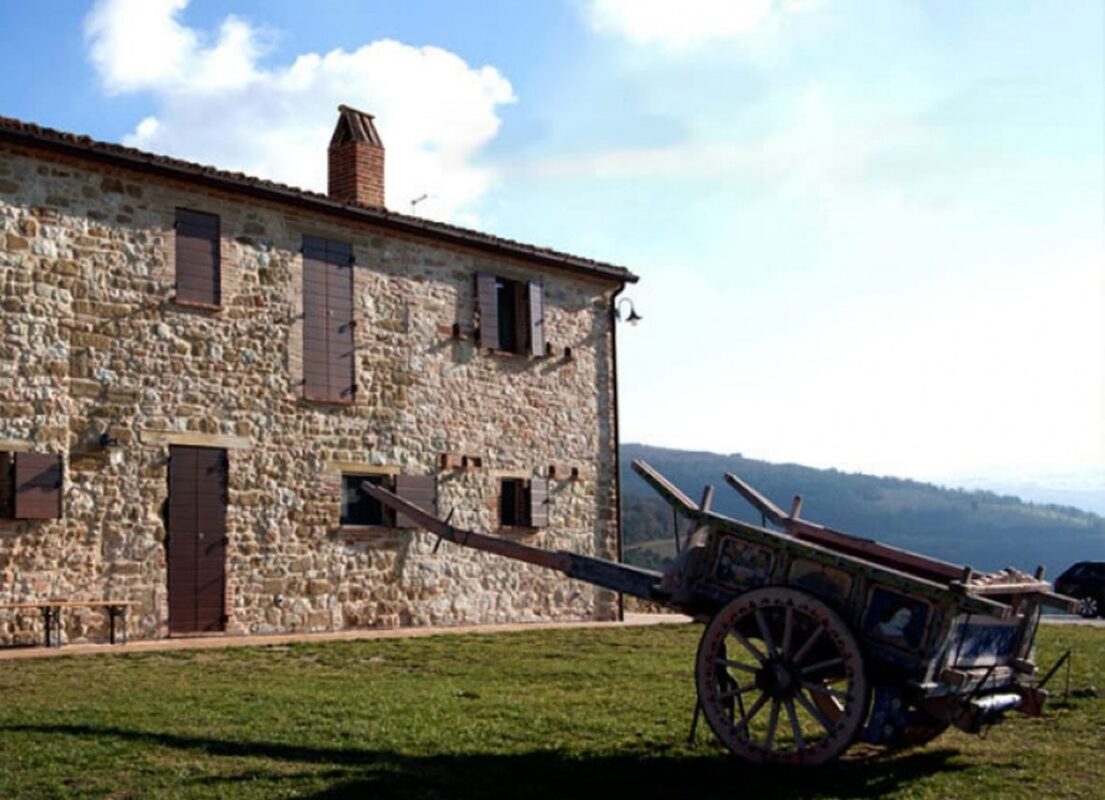 Desserts and wines make up the experience of the visit to Alberto Quacquarini, which includes the tour of the cellar, including the drying part (when it is in progress), and the confectionery production. The most scenic and absolutely accessible tasting point during the summer is the terrace, which is currently undergoing renovation. For those who, starting from the Marche coast, cannot reach the interior and the village of Serrapetrona, the solution is there: just visit Emporio Quacquarini in Civitanova Marche, where you can also dine with the specialties of the Macerata hinterland, including La Palombina salumi. 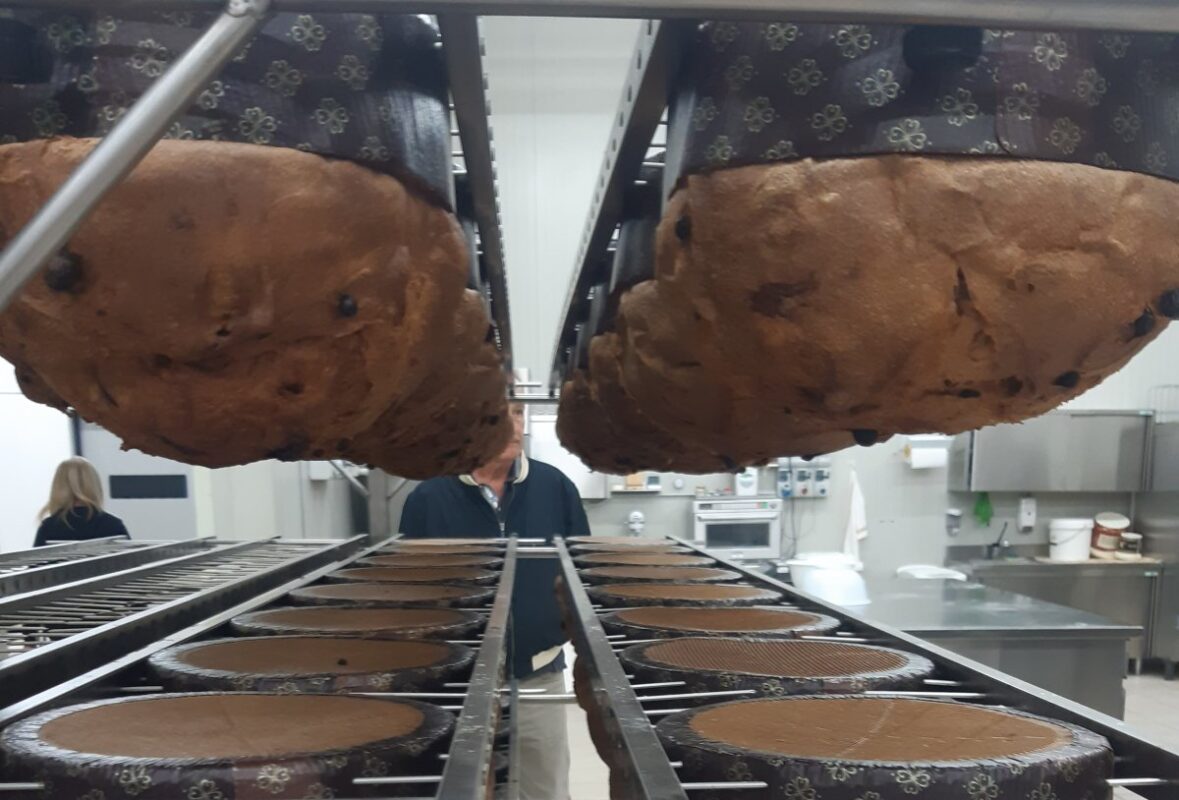 Marche, the law on wine tourism has been...

Urbino is di-wine. In the heart of organic...