Agrirelais in Sicily, and the best cannoli is at hand 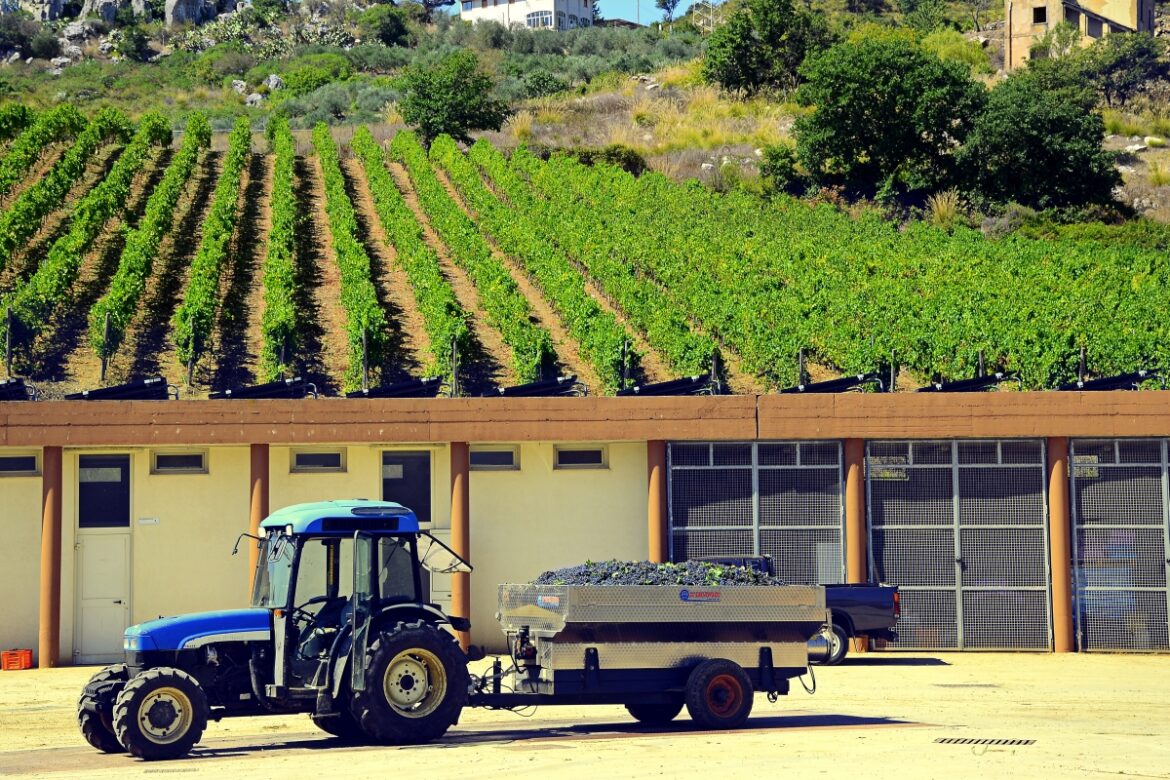 At Baglio di Pianetto you can meditate suspended among the trees, go trekking among the vineyards and go to the village (Santa Cristina Gela) to taste the cannolo that has beaten the competition of the nearby Piana degli Albanesi

Baglio di Pianetto is the story of a dream, that of Count Paolo Marzotto. When he was a child, the count was in Sicily with his mother and asked her to buy him a bottle of wine. He got it, on the condition that he would have to wait until he was 17 to open it. When his fateful birthday arrived, the wine had now partially evaporated and Paolo Marzotto could not drink it. But it was precisely the discovery of a “living” product that stimulated even more his curiosity and his love for wine, starting a research that went through Veneto, Tuscany, Alto Adige, Lombardy, until it rejoined in the ’97 with Sicily, in Baglio di Pianetto, in the locality of Santa Cristina Gela. For twenty years, until his death on May 25, 2020, Marzotto deeply loved this territory, which he called his “little Switzerland” due to the green hills that are less than half an hour from Palermo.

Green hills? Yes, because the first thing that strikes those who visit the Sicilian hinterland outside the summer season, when everything is tinged with yellow, is the luxuriant vegetation. For this reason, our dispassionate advice is: visit Sicily when you can’t swim, when the weather is cool and when you will have the opportunity to enjoy not only the triumph of nature, but also some more abundant meals than usual. And the visit to Baglio di Pianetto represents an opportunity to implement sins of gluttony that you will never regret. 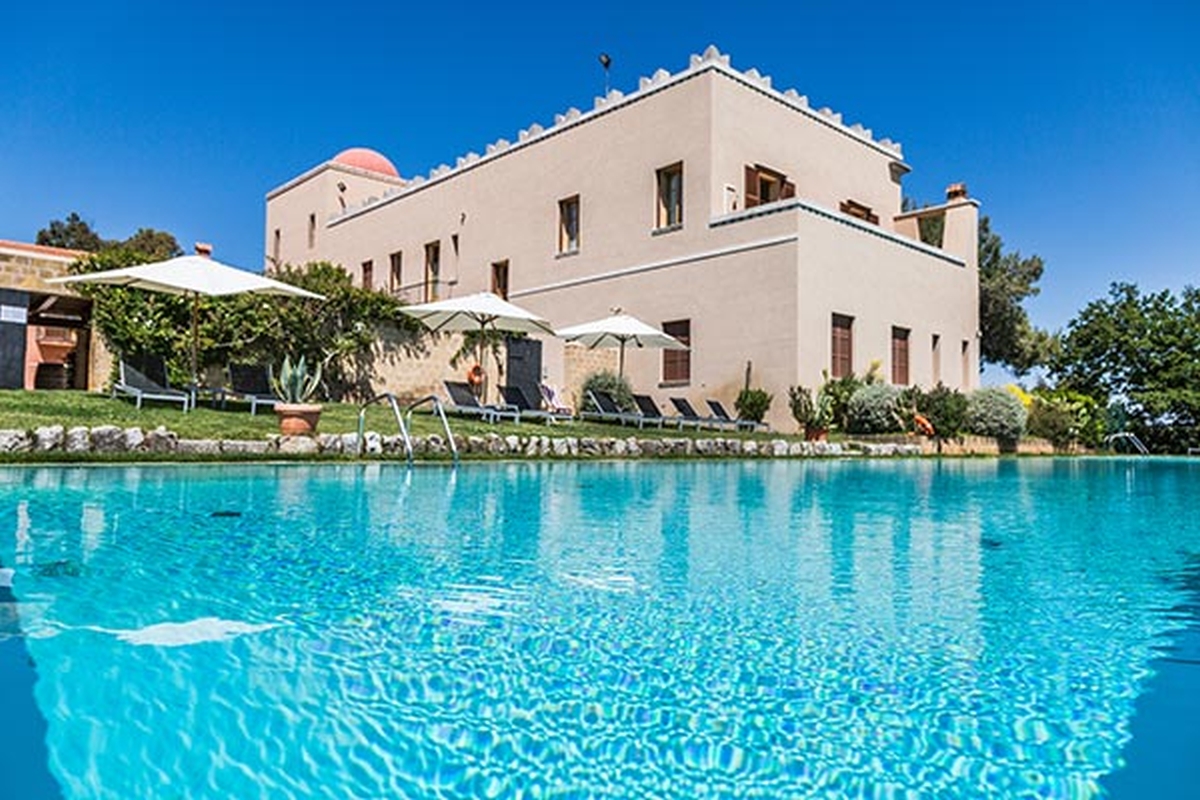 The first sins of gluttony are those offered by the Agrirelais Baglio di Pianetto restaurant, inside the company property. The menu changes according to the season and the availability of zero km ingredients: there is no shortage of Sicilian specialties such as aubergine caponata, zucchini rolls, cous cous, busiate and of course cannoli with Santa Cristina Gela’s ricotta as a dessert. Because in these parts the cannoli is a serious matter … and the quality of the ricotta is decisive for the success of the dessert. The town bordering Santa Cristina Gela is Piana degli Albanesi, which all cannolo lovers know very well: it is a sort of sacred city for this dessert, it is the city of cannoli par excellence. Not everyone, however, knows that a pastry shop in Santa Cristina Gela has repeatedly managed to put all the local competition to attention in front of its cannoli. It is Caffè del Corso of the Biscari brothers, also famous for the quality of its sfince with ricotta and baked cassata. Then if one wants to deepen and compare the offer with the district, the offer is not lacking, from the famous Extra Bar in Piana degli Albanesi to the Cerniglia and Elisir pastry shops in San Giuseppe Jato. The result will be triumphant for all the senses but worrying for the caloric load assumed. At that point, it will be better to return to the Baglio to devote himself to one of the many sporting activities possible on the estate that made the count fall in love with. 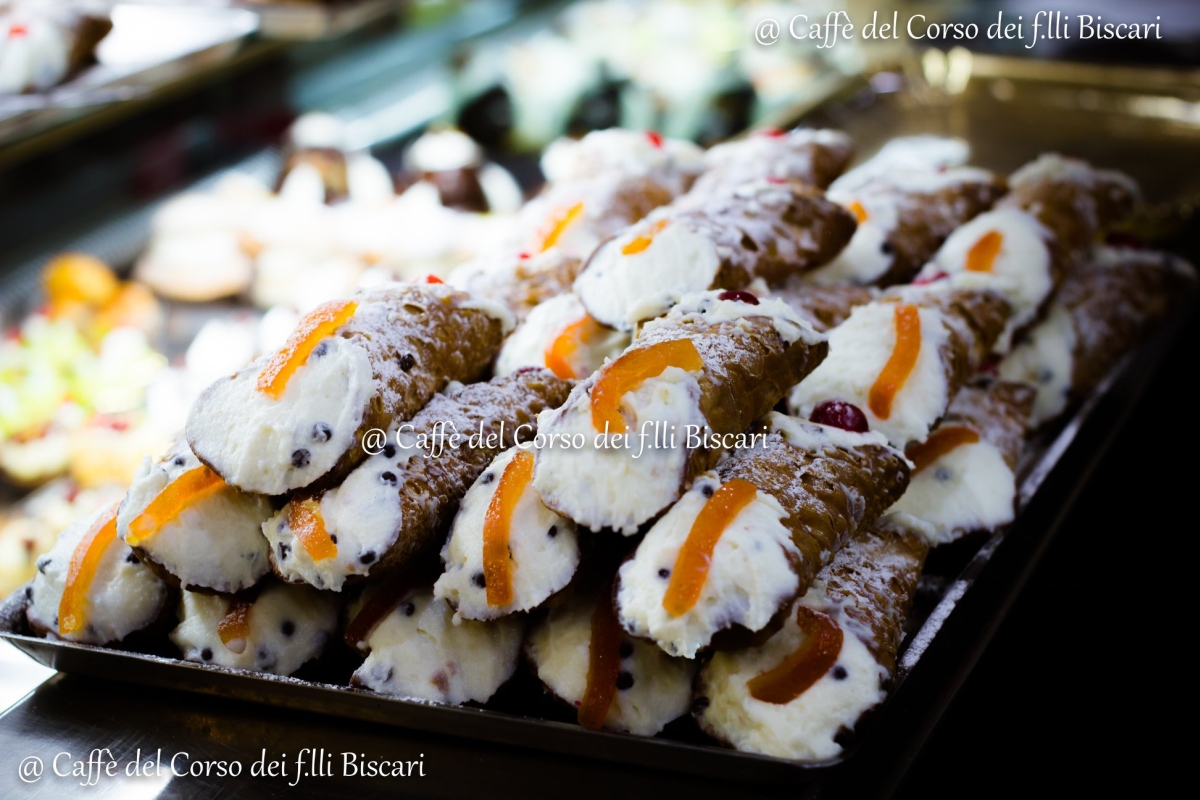 Agrirelais al Baglio offers 13 rooms, each of which bears the name of a wine from the company, equipped with all comforts, but in the company they say that no matter how much you can invest in improving the level of the interior, true luxury is it is located outside the structure. The extension of the estate is 90 hectares and inside it you can go trekking, racing, horse riding and mountain biking. Outside the gates, you will be spoiled for choice when it comes to the paths. In particular, Santa Cristina Gela is located along the route of the Magna Via Francigena, which leads from Palermo to Agrigento and requires about eight days of walking to complete: a considerable effort and which would also compensate for an excess of cannoli tasted. However, arriving at the Baglio offers different ways to relax. The first, of course, is the swimming pool built right in front of the rooms. The second, more surprising, is meditation among the trees. In fact, at Baglio they created a curious structure through the application of climbing ropes hooked from one tree to another and the result is a sort of platform equipped with cushions for rest and meditation. All without damage from environmental impact, on the contrary: the ropes do not damage the bark of the trees and even accompany the growth of plants without opposing resistance. After all, sustainability is the basis of Baglio di Pianetto’s activity, from the vineyard to the cellar. The company completed in 2016 the biological conversion of the entire agricultural heritage which includes the 90 hectares of Santa Cristina Gela and the remaining part of the estate in Contrada Baroni in the Val di Noto (Syracuse). The cellar was designed with a vertical development, exploiting the force of gravity due to falling and drastically reducing the use of pumps for handling musts and wines. The scorching summer heat is not a problem, because the cellar extends deep down to reach 32 meters underground. And the production, in addition to organic, also includes natural wines, unfiltered, without added sulphites and obtained from indigenous yeasts. 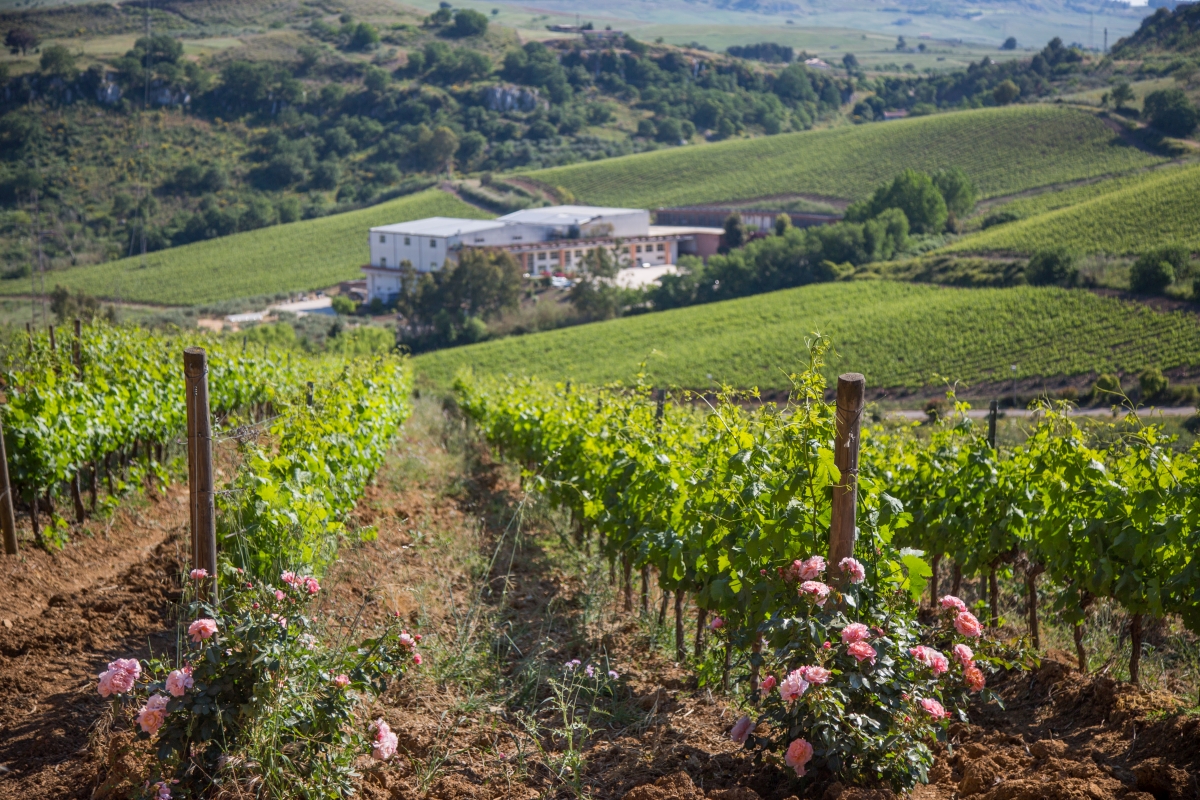 Tenuta Pianetto extends for about 90 hectares

The proximity to Palermo pushes Baglio di Pianetto to carry out new projects, because 13 rooms are now insufficient to satisfy the potential of customers made up of both international visitors and Italian presences. During the day you can reach the city for a cultural visit, in the evening you can relax away from the traffic and the sometimes torrid climate of the center of the Sicilian capital. However, the expansion must take place in harmony with nature, and then the idea developed by the CEO Francesco Tiralongo is particularly innovative. “We are thinking of extending into the vineyards. We would like to create about fifteen suites in the vineyards, which are environmentally friendly and which do not hinder the work of our employees“. The idea, which must naturally overcome all the bureaucratic steps to obtain the necessary authorizations, is included in the new strategic plan for the use of the Baglio. “We are also thinking about the increase of large events, focusing in particular on the creation, as soon as conditions allow, of outdoor dinners with the involvement of companies equipped for catering. After all, with us, there is no shortage of spaces and by working externally you can make important numbers“. 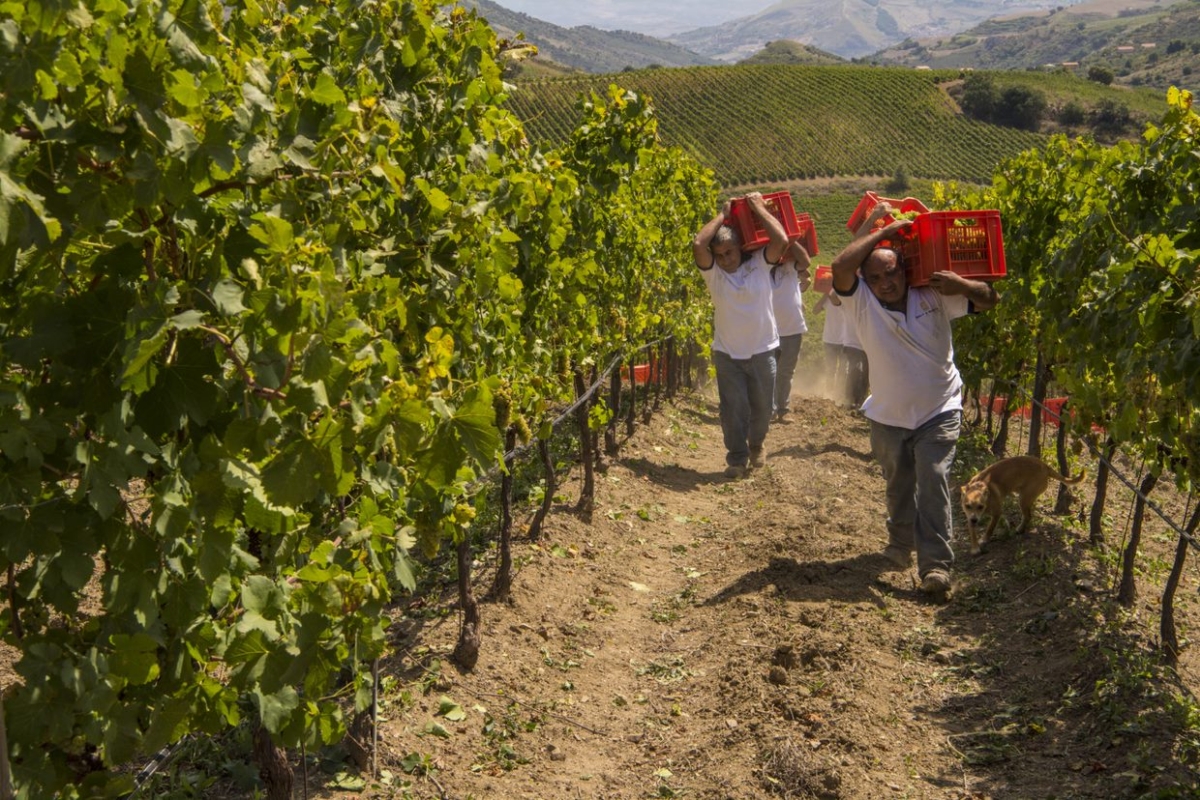 The harvest at Baglio di Pianetto

Prices? For a double room, with all the possible differences depending on the season and the type of suite, we are around 130-140 euros per night. For the restaurant you can spend around 40 euros excluding wine. Then there are the fixed-price formulas for tours and tastings: the basic tasting costs 20 euros, the gold one costs 25 euros, the vertical of the classic selection 30 euros, the same price for the classics and naturals, the vertical top selection reaches 40 euros. In case of participation of groups of more than 7 people, each one will be entitled to a discount of 5 euros compared to the starting price.