The best winery with a sea view? Marisa Cuomo triumphs

In the italianwinetour.info survey, which involved some of the greatest journalists specializeed in food and wine, stands out the winery based in the Amalfi coast. In second place Capofaro and third, ex aequo, Venissa and Le Ripalte

Marisa Cuomo is the best “sea view” winery in Italy. The company based in Furore (Amalfi Coast) triumphed in the first ranking drawn up by italianwinetour.info following a survey that involved some of the most prestigious names in Italian food and wine journalism. Marisa Cuomo preceded in the ranking Capofaro, the Tasca D’Almerita estate in Salina (Aeolian Islands) and then Venissa (Venice) and Le Ripalte (Elba Island), which placed ex aequo in third place. The top5 of dream cellars located near the sea is completed by two Tuscan vineries: in fourth place Vigneto Altura (Isola del Giglio) and in fifth Tenuta Argentiera (Donoratico).

“A TERRITORY UNIQUE IN THE WORLD”
“We share this result with our territory, unique in the world, with our 58 suppliers and with the 121 families that gravitate around our company” comments Andrea Ferraioli, owner of the company with his wife Marisa Cuomo. “Viticulture on the Amalfi Coast is really complicated. If we have achieved success it is because we have adopted crazy and hard decisions. We could have favored modern, rational viticulture based on the introduction of national and international grape varieties. Instead we did the exact opposite, recovering abandoned historical vines and pre-filossera, using the pergola farming method that has characterized the millennial relationship between the farmers and the woodcutters of our mountains, creating a landscape element of strong appeal. This is why we can say that, thanks to the beauty of the Furore vineyards, we have thirty years of wine tourism practices behind us”. The wine tourism offer of Marisa Cuomo includes a visit to the ancient cellar dug into the rock, a welcome in the vineyards that dominate the Amalfi Coast, tastings at the company headquarters and the organization of lunches organized in collaboration with local restaurateurs and with wines from the cellar in combination. The growing number of tourist presences has led the property to start the project for the construction of a new winery in the nearby town of Agerola, in addition to the historic cellar of Furore, so that Marisa Cuomo is equipped with larger spaces to be used for winemaking, bottling and experiences in the company. 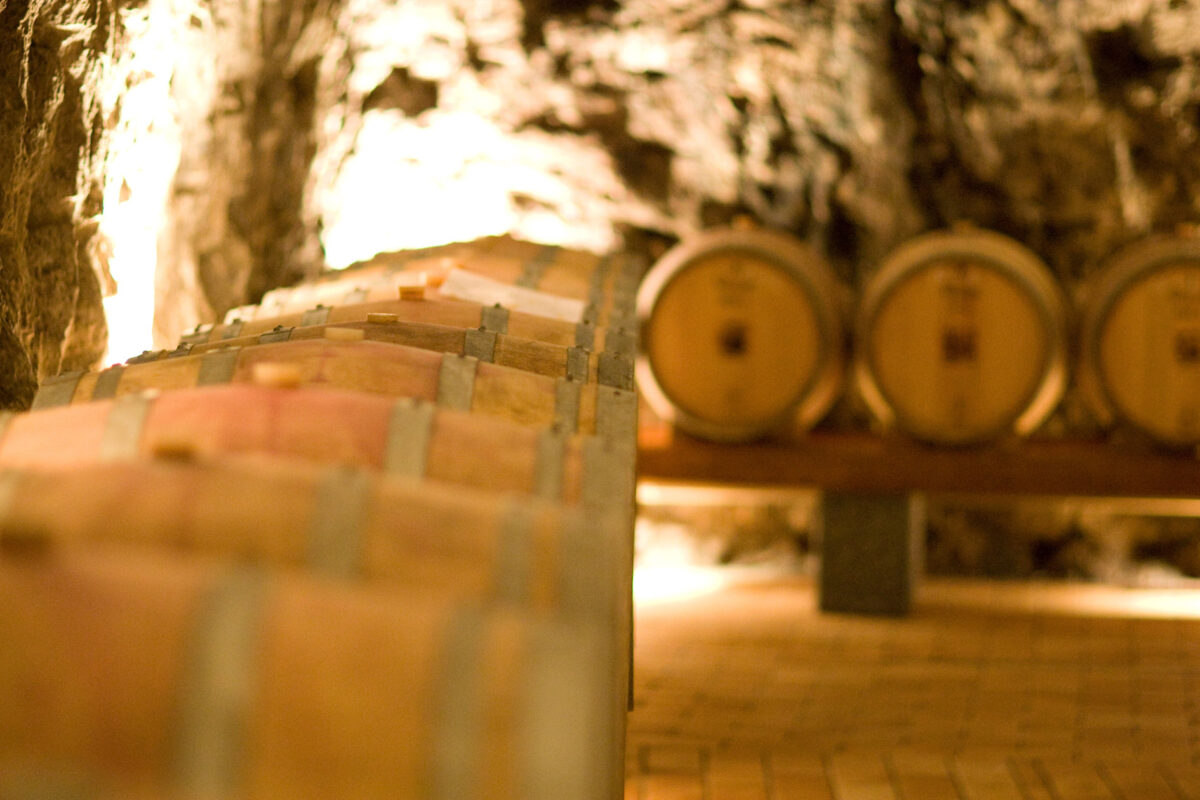 The cellars carved into the rock by Marisa Cuomo 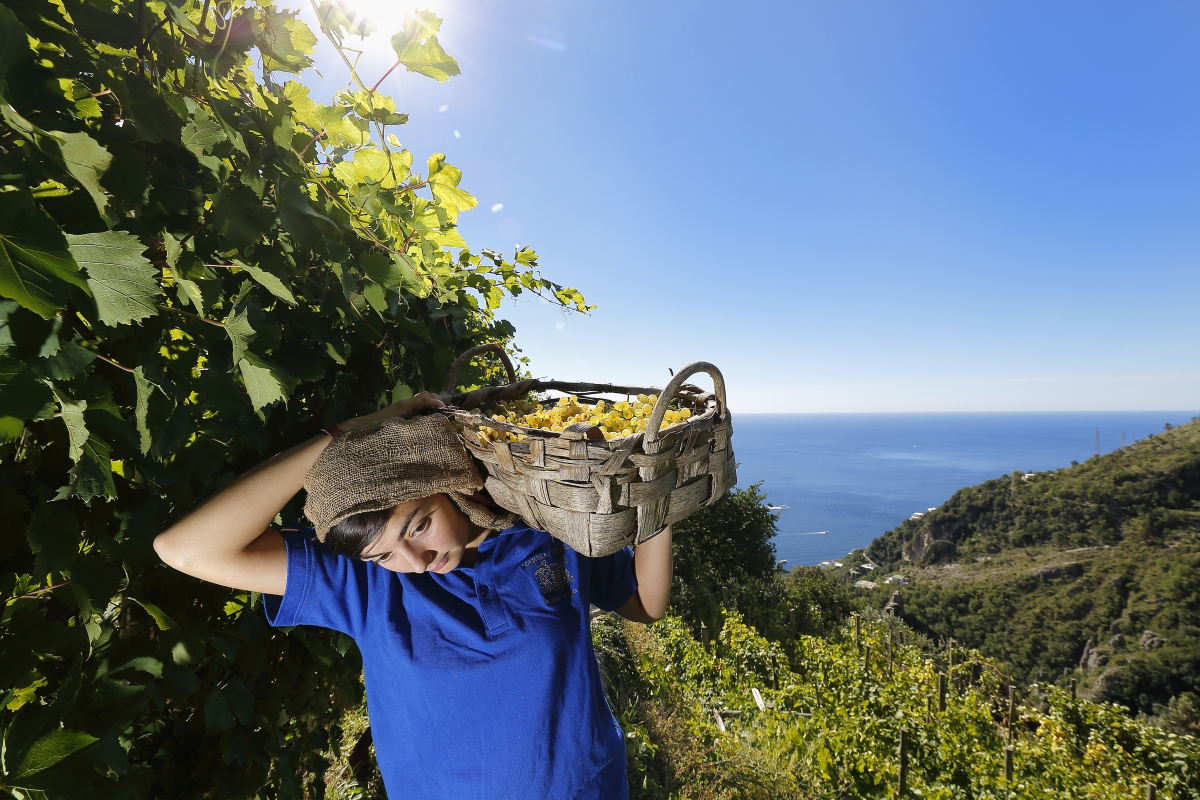 The harvest in the Furore company (Amalfi Coast)

FROM NORTH TO SOUTH
The wineries that appear in the rest of the italianwinetour.info ranking contribute to composing the best of the Italian “sea view” wine scene, which is certainly a strategic position for the attraction of these companies to the tourism that frequents the seaside resorts during the summer. In fact, wineries are located in Liguria (Possa and Luigi Cappellini in the Cinque Terre, Rocche del Gatto in Albenga and Selvadolce in Bordighera), Friuli Venezia Giulia (Skerk in Duino), Tuscany (Prima Pietra in Riparbella, Gorgona / Frescobaldi in the ‘island of Gorgona, Caccia al Piano in Bolgheri, Tenuta Argentiera in Donoratico, Monteverro in Capalbio), Marche (Fattoria Mancini in Pesaro), Abruzzo (Cantina Tollo a Tollo), Puglia (San Marzano Vini in San Marzano di San Giuseppe), Campania (San Giovanni in Punta Tresino, Vigna di Raito in Vietri sul Mare, Nicola Mazzella and Casa d’Ambra in Ischia), Calabria (Welcome to Francavilla Angitola), Sicily with the largest number of companies (Paola Lantieri in Lipari, Mandrarossa in Menfi, Colosi in Salina, Gorghi Tondi in Mazara del Vallo, Palari in Messina, Calamoni di Firriato in Favignana, Pellegrino in Marsala, Castellaro in Lipari, Mozia on the island of Mozia, Baron of Villagrande in Milo, Caravaglio in Salina, Hauner in Salina, Donnafugata in Pantelleria, Gulino in Fanusa, Nino Barraco in Marsala) and Sardinia (La Contralta in Olbia, Mesa in Sant’Anna Arresi, Columbu in Bosa).

Top photo: the heroic vineyards of Marisa Cuomo in Furore

Italy is the first in the world for...